Getting Everyone Involved in the Building of Safer Construction Sites

Construction sites are complex environments. The combination of heavy and sometimes hazardous materials, massive machinery and plenty of people in proximity is an inherently riskier endeavour than a traditional workplace where the surrounding boundaries and functions have already been defined.

Managing the health and safety of workers in this kind of setting is an especially challenging task, so it’s no surprise that construction regularly ranks among the top industries for accidents and injuries while on the job.

According to WorkSafe NZ, an average of more than 400 people per month sustain injuries on construction sites in Aotearoa that keep them off work for more than a week. SafeWork Australia reports that 35 construction workers are seriously injured every day throughout the Commonwealth.

Our appetite for risk in both countries has created cultures where innovation can thrive, but the “it’ll be right” attitude also feeds what has traditionally been a poor track record for workplace deaths and injuries.

There have been major improvements in recent years, particularly in New Zealand, where the regulatory body WorkSafe NZ was established in 2013 in the wake of the Pike River disaster. Within two years, fatalities across all sectors had fallen by a third, while serious injuries were 29% lower.

But recent high-profile incidents have raised concerns that complacency could be creeping back in. Having picked off the low-hanging fruit to boost health and safety performance, employers are now faced with the challenge of instilling more enduring cultural change across their organisations.

Construction industry deaths in New Zealand hit a 10-year high in July 2019, with 11 people killed, the most of any full calendar year since 2009. That number has continued to climb with the tragic death of Sean Smyth in October, who was killed when a 300kg ramp fell on him at a construction site in Te Kuiti.

In April of this year, 18-year-old apprentice Christopher Cassiniti died after 15 metres of scaffolding collapsed at a site in the Sydney suburb of Macquarie Park.

Construction accounts for about 9% of the Australian workforce, but is the source of 10% of compensation claims and 12% of workplace deaths. As troubling as the fatality count is, more worrisome is the rate of non-fatal injuries on building sites, with more than 10,000 claims annually.

Human lives are not tradable commodities, which is why the publicity surrounding a death or serious injury can wreak extensive brand and reputational damage upon your company. Add to that the lost time on site, and costs begin to seriously mount up.

Under the Health and Safety at Work Regulations that came into effect in New Zealand in April 2016, the penalties for employers found failing in their legal duty to look after staff have increased substantially. It’s also become easier to prosecute directors individually.

These reforms were brought in as part of a package of measures aimed at cutting workplace deaths and injuries by 25% by 2020. Meanwhile, the Australian Work Health Safety Strategy 2012-2022 has identified the construction sector as a priority due to the high rate of work-related fatalities and injuries within the industry.

Concerns have been raised that the construction boom of recent years in both countries could be contributing to the struggle to further improve safety performance. Labour shortages have brought in large numbers of immigrant and casual workers who may not fully understand the rules on site, and why those rules are important.

Most deaths occur from falls or falling objects, or from vehicle collisions. Key points of danger include ladders, scaffolding and mechanical equipment.

During site investigations following the death of Christopher Cassiniti, SafeWork NSW found that the scaffolding on 44% of construction sites in New South Wales had parts missing. They also found that unlicensed workers had altered or removed scaffolding components on 36% of sites.

Here is a specific example of where modern technology can be used to cut down on potential risks.

A large part of the reluctance among workers to report hazards is that the process for doing so is usually an old-fashioned form-filling exercise that takes too much time away from their immediate duties. But with a web-based platform available through the ubiquitous smartphone, a worker need only tap on the app to log an issue in under a minute.

Under-reporting is a long-standing problem faced by health and safety professionals, but we at SHE Software regularly see a 50-70% uplift in the number of hazards and incidents logged among clients who have adopted Assure. This vastly improves the reliability of the data upon which decisions are made, creating a proactive culture where hazards are dealt with before they become incidents.

Putting this kind of technology into the hands of front-line operators helps to engrain safety thinking into daily operations, creating an inclusive environment where everyone has a part to play. In the battle to keep our construction sites safe, it’s a tool with the power to put every individual on the front line. 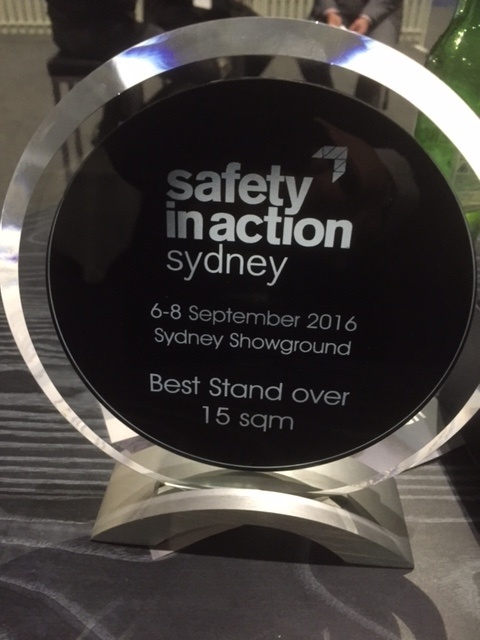 Attracting over 4,000 health and safety decision makers from multiple sectors across Australia, the Safety in Action Show Sydney is the largest of its kind and a must attend for anyone whose job..

Technology is completely transforming our common practices and reshaping how we work and play in the 21st century. Matthew Elson, CEO of SHE Software shares his thoughts on how businesses can adapt..

SHE Software CEO makes the shortlist!

SHE Software’s CEO has been recognised for his outstanding contribution to the UK’s technology environment, having made the shortlist of what’s described as ‘the Oscars of the technology industry’.