Time for the MOD to lose its Crown immunity?

The Ministry of Defence (MoD) has been censured by the Health and Safety Executive (HSE) for the third time in a year following the death of an agency driver who was crushed by a reversing vehicle. This calls into question once and for all whether it is time for MoD to lose its Crown immunity.

It was more than a decade ago, in the wake of series of serious non-combat incidents, that families of soldiers killed or maimed began to call for the MoD to lose its immunity to prosecution over health and safety.

At the time it was claimed by relatives of the ‘Deepcut and Beyond’ campaign group, which consisted of more than 50 families of soldiers who had died in non-combat situations, that serious failings were going unpunished, leading to dozens of deaths and hundreds of injuries each year. And still today compensation payments cost the British taxpayer millions of pounds a year.

The Health and Safety at Work Act 1974 (HSW Act) does in fact apply to the MoD, its agencies and the armed forces within Great Britain.  However, the Secretary of State for Defence can claim exemption on behalf of the armed forces from some requirements in the interests of national security, though in practice this is rarely exercised.

The MoD says individuals in the armed forces are still liable for their own culpable negligence and argues there is a real fear among military commanders that removal of Crown immunity will progressively lead to the development of “a systemic culture of risk aversion in respect of carrying out military training”. Furthermore, the MoD says it learns lessons from accidents and continually strives to improve health and safety performance.

But critics believe Crown immunity is preventing defence officials from being properly held to account for its poor health and safety record. A 2015 report, ‘MOD Health and Safety Statistics: Annual Summary & Trends Over Time 2010/11 – 2014/15’ states: “During 2014/15 there were 18 work related deaths. Of these two were a result of a failure in health and safety and seven are currently awaiting the outcome of an investigation”.

A detailed report by MPs, published early last year, concluded that the MoD should be liable for corporate manslaughter charges when there is a serious failing in its duty of care. “The lives of serving personnel are worth no less than those of civilians and those responsible for their deaths must be equally liable under the law,” the committee said.

Between 1 January 2000 and 20 February 2016, 135 armed forces personnel died in non-combat incidents, mainly on training exercises. During that period 11 “crown censures” were recorded, the maximum sanction possible that can be issued to the MoD by the Health and Safety Executive, the body charged with overseeing workplace safety.

There is, it seems, one certainty in all this debate. Whether one might term MoD related incidents ‘unfortunate accidents’ befalling men and women operating in high risk environments and set with the context of the defence of the realm, or a blatant disregard for safety, it remains a fact that more men and women die while training for war than in war which surely cannot be acceptable on any front.

Training must be realistic, but not to the point of serious injury, or even death. 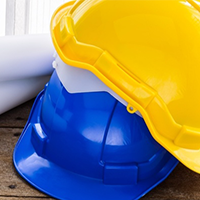 A new report published September 24 by Stirling University Professors Andrew Watterson and Rory O’Neill places blame on HSE budget cutbacks for the major increase in workplace injuries in the UK. The..

Top tips to keep your organization 'Safe + Sound' - part I

This week sees OSHA's ‘Safe + Sound’ campaign roll out across the US, raising awareness and understanding of the value of safety and health programs that include management leadership, worker..

Workplace safety: the value of workplace inspections in the process industries

Innovative environment, health and safety technologies take the pain out of inspections and contribute to the development of an effective safety culture.