More than eight months have passed since the new Health and Safety Sentencing Guidelines were brought into force on 1 February 2016.

SHE Software CEO, Matthew Elson, reviews this post from SHP Online and provides his response to the sentencing handed to the ‘large’ and ‘very large’ companies for health and safety breaches.

“As widely predicted by the health and safety industry, we have seen a significant increase in fine levels for companies prosecuted for offences under the Health and Safety at Work Act 1974 and associated regulations. We now have a better indication of how large and very large companies are being sentenced in accordance to the new regime to analyse whether the Courts are applying these guidelines in a uniform fashion. This should help companies to identify how best to operate their businesses in order to reduce the impact of sentencing in the event of a prosecution or avoid prosecution altogether.

Structure of the guidelines

As we know, the guidelines are broken down into nine categories, each to be considered by the sentencing Court in turn. The first three categories are, in our opinion, the most significant, as representations need to be made on behalf of the defendant to encourage the Court to either chose lower categories, which leads to more favourable sentencing options, or to encourage the Court to sentence at the bottom end of a range which could make a significant difference to the overall fine.

The first consideration of the Court in accordance with the guidelines is the level of culpability, where the range is from ‘very high’, which involves a deliberate breach or flagrant disregard for the law, to a ‘low’ level of culpability when significant efforts were made to address the risk (albeit inadequate on this occasion), there was no warning of the risk and the failings were minor and an isolated incident.

The next stage considered is the seriousness of harm ‘risked’ and the likelihood of that harm occurring. Health and Safety is based on ‘risk’ and the overarching duty for each dutyholder is to ensure, as far as is reasonably practicable, the health, safety and welfare of employees and non employees. There is no requirement for a failure to comply with this duty to result in actual harm but is the potential for the risk of harm which arises from the alleged breach of duty. When the Guidelines consider the level of harm, they are concerned with seriousness of harm ‘risked’ and if actual harm has been caused, this is used as an aggravating feature for the purposes of sentencing. On considering the seriousness of harm risked (which is almost always going to be ‘death’ or serious physical impairment), the court must then consider the likelihood of the harm occurring, which assists in identifying the most appropriate harm category. The category can be adjusted if the alleged breach resulted in actual harm i.e. someone was actually injured and/ or a wide group of the public or employees were put at risk.

Once the levels of culpability and harm are established, the Court will then consider the means or ‘turnover’ of the defendant to identify the appropriate sentence ranges within the guidelines. For very large companies with a turnover of well over £50m, there is an ‘anything goes’ approach and health and safety professionals have been awaiting the first sentencing hearing of an identified ‘very large’ company to see how the Court would apply the Guidelines in those circumstances. We eagerly anticipated the sentencing of Merlin Attractions Operations Limited (“Alton Towers”), many of us considering this company to be one of those “very large” companies and which resulted in a £5million fine – a lot less than many of us were expecting. However, the judge decided that he could sentence this company proportionately within the ranges provided for large companies. Some might agree that this was a sensible decision for the judge to make in the circumstances, but others might think this was an opportunity for the judge to set a useful precedent for not only the appropriate level of fine, but for the definition of what a “very large” company is, which the judge wasted.

Looking at some of the other recent “large” and “very large” companies that have been sentenced for health and safety breaches, we can see that the fines are usually well in excess of £1million for each offence:

Injury: Fatal
Summary of facts: Customer was loading planks of wood onto the roof of his car. He was run over by a company vehicle and died from crushing injuries. The company’s turnover is £2.198 billion.
Medium culpability, high likelihood of harm.
Fine: £2million (Sentenced as a ‘large’ company because of extensive mitigation)

ME Response: A proper risk assessment would have identified a high likelihood of harm and put mitigations in place.  Did they have a means of reporting near misses, creating actions and following through?

Injury: Non fatal
Summary of facts: Two employees suffered injuries to their hands on 2 separate occasions: 1) a worker lost two thirds of his left hand and middle and ring fingers whilst trying to clear a blockage on a steel tube manufacturing line which had unsuitable guarding. 2) a worker lost part of his little finger when his left hand was caught in an inadequately guarded machine. Company’s turnover was £4.2bn but operating at a loss before tax of £306m.
Medium culpability (1st incident) and high culpability (2nd incident) / Harm Category 2
Fine: £1.98m (£185,000 for the first offence and £1.8m for the second offence)

ME Response: Note the size of the fine for non-fatal injury…this is a classic case.  Did they investigate the first instance properly?  Were corrective actions identified and followed through?  Given the seriousness of the financial risk (never mind the moral obligation), how did senior management keep track?  How did they audit to make sure that defined actions were implemented?

Injury: Non fatal
Summary of facts: An employee had contracted legionella there was no evidence that this was caused by G4S’s premises. However, on investigation it had been found that the hot and cold water systems had been badly managed and there had been inadequate policies, monitoring and testing and inadequate training for staff. They had also failed to act on the advice of their own consultant. Turnover: £240m with a profit of £43m
Fine: £1.8m (reduced for early guilty plea)

ME Response: Not following and being able to demonstrate a basic process.  How does senior management identify gaps – how do they get visibility?

Learn how to take the necessary steps to help protect your organisation against these higher fines and the lower threshold for imprisonment for health & safety breaches.
This webinar on 24th November at 3pm GMT will explore the issues highlighted in this article and look at how they can be resolved and ultimately consolidated into an effective safety management system.

It is really important for Executive Boards and senior management teams to understand that steps can be taken in advance of a potential incident to ensure that culpability and harm levels are kept as low as possible and financial penalties that are imposed upon sentencing are not able to be covered by insurance. Many companies are now proactively investing in health and safety training and reviewing their policies and processes in order to avoid the potential effect of any criminal proceedings and/or convictions on the company and its individuals, who could find themselves at risk of imprisonment if their consent, connivance or neglect has led to a relevant breach of health and safety.”

On November 3 the Sentencing Council published its Definitive Sentencing Guidelines for Health and Safety Offences*.  These largely confirm what had been set out in consultation – namely that the.. 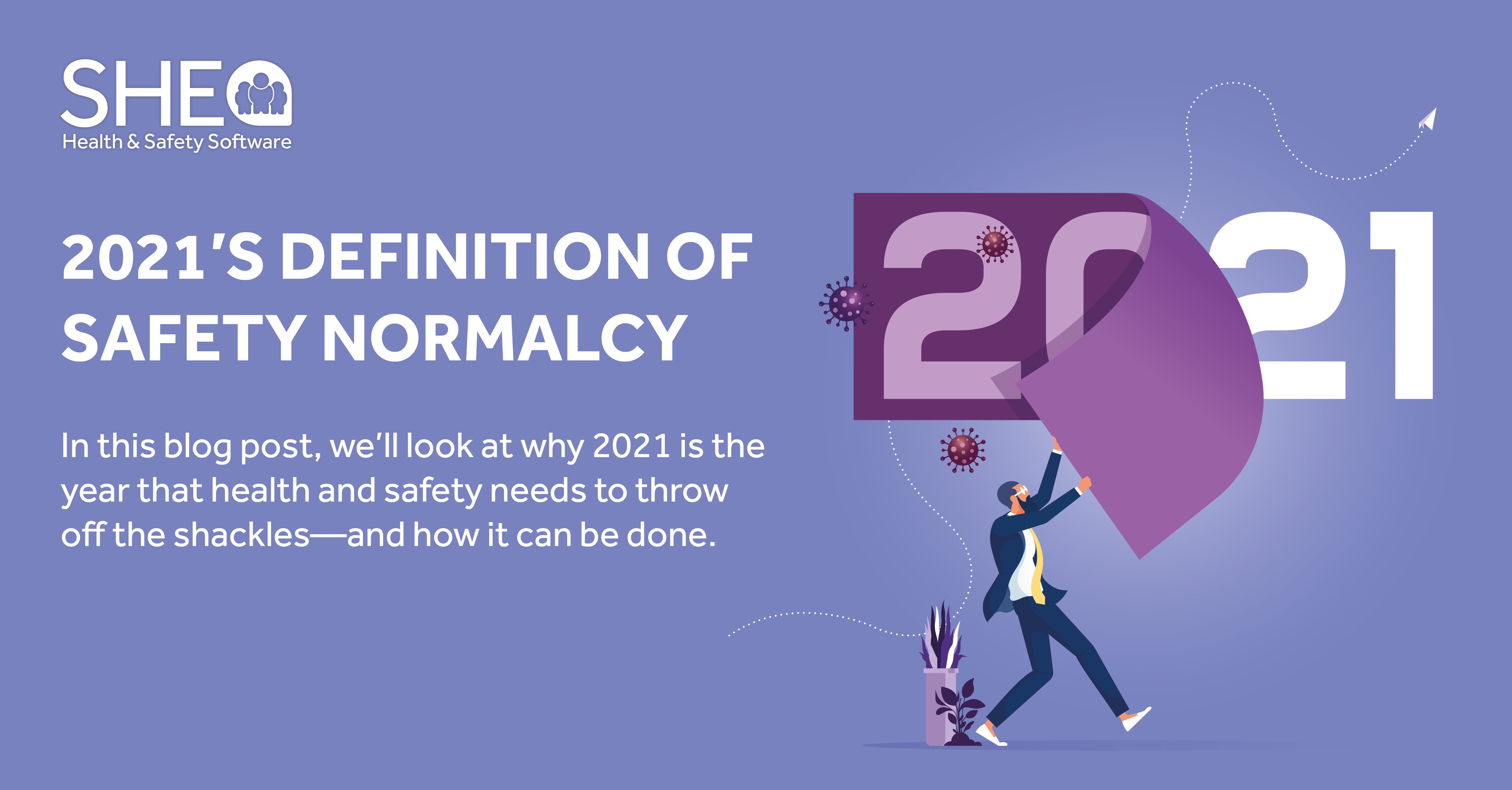 All of us are hoping that 2021 will be different from 2020. But how can it be if we keep doing the same things we’ve always done? If we don’t accept that things have fundamentally changed for good,.. 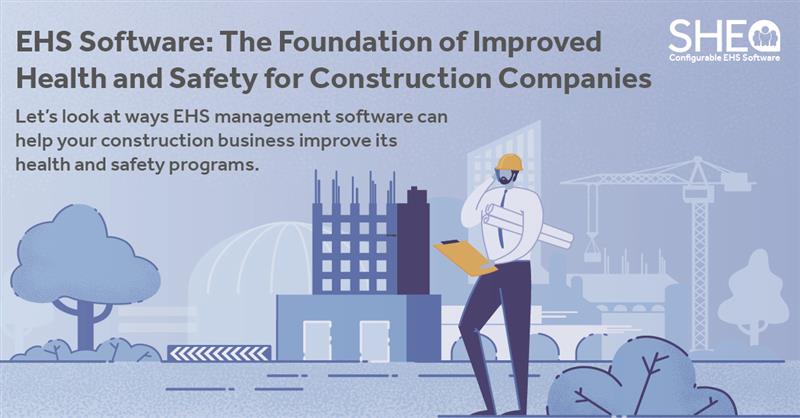 HSE Software: The foundation of improved health and safety for construction companies