Anna succinctly makes the point that companies put a lot of effort into hiring quality staff and it necessarily makes sense that employers should therefore provide excellent and safe facilities which further promote wellbeing at work. Moreover, companies should, Anna believes, make strenuous efforts to integrate this fastidious approach to health and safety within their Corporate Social Responsibility mission.

It would be almost impossible to challenge this common-sense view were it not for what can only be described as a Corporate Social Responsibility/Health & Safety existential flashpoint in the form of that 1980s icon of the sporting world, Eddie the Eagle (Michael Edwards). 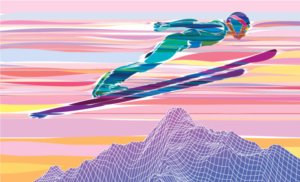 This is a case which may yet be sub judice, and because it has now appeared as a story in a number of British tabloid newspapers, it is important to say that it also comes with a ‘health warning’ of its own. Whatever the truth of what may or may not have happened, the story concerning Channel 4 and Eddie the Eagle does notionally make for a very interesting case study in corporate behaviour, specifically concerning matters of health and safety and wider issues of corporate governance.

With regard to what has so far been reported, it is alleged that Mr Edwards has had his contract terminated by the producers of a Channel 4 programme called The Jump, a series that follows celebrities as they try to master various winter sports including skeleton, bobsleigh, snowskates, ski cross, and giant slalom. It is further alleged that Mr Edwards has publicly revealed he had concerns about The Jump after a number of celebrities injured themselves during last year’s series. Whatever the truth of Mr Edwards’ comments, and what the producers of the programme and Channel 4 did in response to them, it does make for a very interesting case study within the Corporate Social Responsibility and Health & Safety arena.

One first of all needs to draw a distinction between organisations which manage risk – such as oil & gas operators – and companies which are defined by intentionally risky behaviour, so much so that it has become their unique selling point and commercial appeal. And here I am thinking of Formula 1 sports teams and, yes, makers of television programmes which attract huge audiences because their storylines are inherently perilous, if not extremely dangerous.

The question which must be asked is, where do such companies fit within UK/EU law with regard to health and safety? Is there a suspension clause within the law which allows companies to operate in such a manner, with the wilful intention of putting people in harm’s way? The HSE’s ‘Managing health and safety at motorsport events – A guide for motorsport event organisers’ provides a winningly matter-of-fact guide to how event organisers and race teams ought to manage risk:

“Having identified the hazards, you then have to decide how likely it is that harm will occur. Risk is a part of everyday life and you are not expected to eliminate all risks. What you must do is make sure you know about the main risks and the things you need to do to manage them responsibly. Generally, you need to do everything reasonably practicable to protect people from harm.”

A tidy account of the need to apply a common sense approach to matters of health & safety within a high risk environment if ever there was one!

The world of race circuits and wildly exuberant to openly dangerous TV programmes is one thing, but what of everyday life? The introduction of new technologies in the sphere of robotics and AI surely significantly broadens the discussion on what might be termed how to manage safely in dangerous environments.  And for ‘dangerous environments’ read, the everyday working world, not the race track, or a black run in Val d’isere.

Rapporteur Mady Delvaux (S&D, LU), the Vice Chair of the EU’s Legal Affairs Committee, has stated in a recent report based on a Working Group on legal questions related to the development of Robotics and Artificial Intelligence: “A growing number of areas of our daily lives are increasingly affected by robotics. In order to address this reality and to ensure that robots are and will remain in the service of humans, we urgently need to create a robust European legal framework”.

I won’t venture into the world of self-aware robots which dangerously stray from their primary function of serving humanity. That’s surely drawing too much of a long bow for this discussion.  The EU report does however suggest the European Commission establish an agency to handle robots and artificial intelligence, with the remit to address artificial intelligence-related issues such as liability, safety and changes in the labour market.

Driverless cars also topped the list of concerns that MEPs have put forward to the EC. An obligatory insurance scheme would give full compensation to victims hurt by driverless cars – but who the victims would be and who would be responsible for any damages remains unclear. MEPs suggested that in the longer-term, the most advanced of robots could gain the status of “electronic persons” and would be legally responsible if a dispute were to arise.

The legal issues surrounding driverless cars have already become a legal reality. Last May, a Florida man in a driverless Tesla died, after colliding with a lorry. He had been using Tesla’s autopilot, which automatically changes lanes and reacts to traffic.

According to the Rapporteur’s report, the manufacturer should be liable. It says that a robot’s technology would do less harm if it worked better. The people who could improve a robot’s performance and who should be responsible for its mistakes are its makers.

The issue of ‘making something’ operate better and more safely – be it a TV programme or a putative industrial robot – takes us all the way back to Mr Edwards and The Jump. Mr Edwards is really only appealing to the makers of the programme to, not unlike the manufacturers of the hypothetical robot, improve their performance, and to make the programme safer.

Coming from someone so very well acquainted with the subject of snow sports and high risk activities it is surely extremely hard to contest Mr Edwards’ perspective on this matter.

After all, there is a world of difference between choosing to compete in a 70m and 90m ski jump during the Winter Olympics, with all the governance and professionalism that such an event implies, and permitting celebrities to risk limb, if not their lives for the sake of TV entertainment. 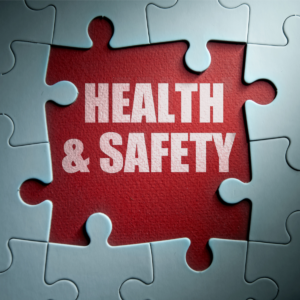 Sean Elson of Pinsent Masons urged clients, designers and construction firms to make themselves aware of the changes ahead of their implementation on 6 April, as "only very limited transitional..

SHE Software is pleased to announce Briggs Marine & Environmental Services as a new customer of its health and safety software, Assure.

Technology is completely transforming our common practices and reshaping how we work and play in the 21st century. Matthew Elson, CEO of SHE Software shares his thoughts on how businesses can adapt..